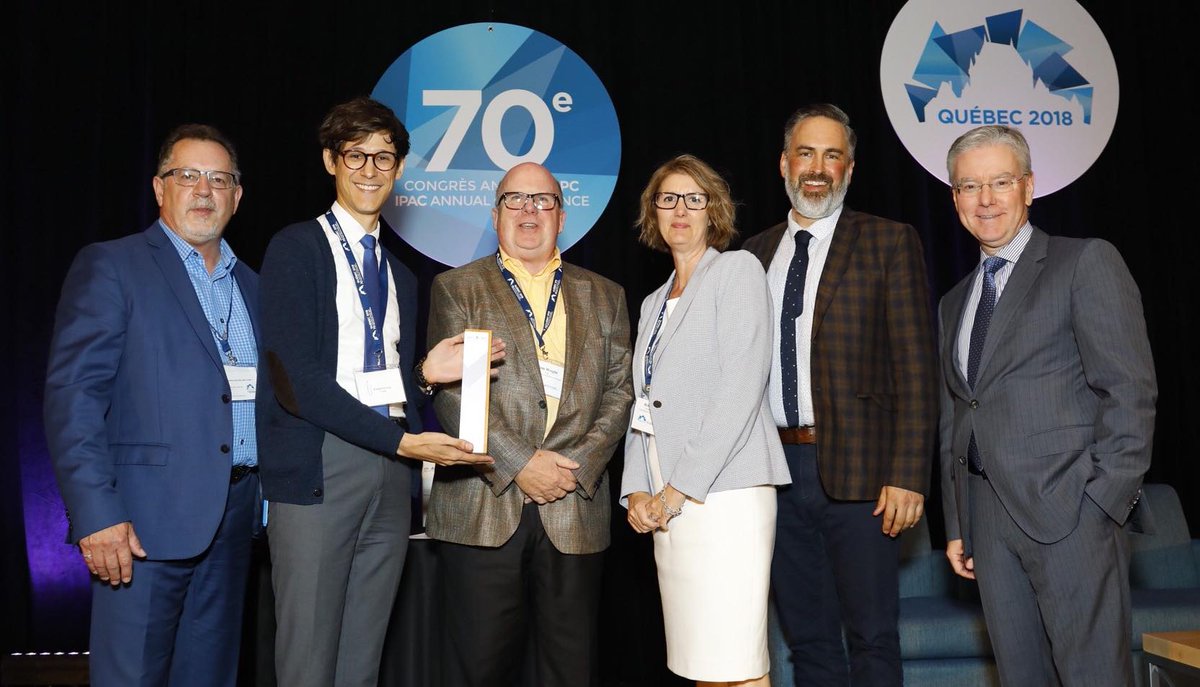 The PARLe platform of the Cyberjustice Laboratory has been honoured with the reception of the 2018 Award for Innovative Management, sponsored by IBM and issued by the Institute of Public Administration of Canada (IPAC). IPAC has awarded the Gold Medal for the collaboration between The Condominium Authority of Ontario (CAO) and the Cyberjustice Laboratory, which culminated in the successful launch of Canada's first fully online court: The Condominium Authority Tribunal (CAT)!   Each year, IPAC pays tribute to innovators of a worldwide caliber who play a role in changing Canada’s public service. Launched in 1990, IPAC's Innovative Management Award (sponsored by IBM) aims to distinguish government agencies for their outstanding innovations that contribute to the resolution of many societal problems.   Traditionally, the resolution of condominium disputes was complex and costly.  After having studied best practices in the domain of online conflict resolution throughout North America, the CAT wished to collaborate with the Laboratory to conceptualize and build an innovative platform that permits Ontarian co-owners to find a fast, just, accessible and inexpensive resolution to their conflicts.  With the support of their PARLe platform, the Laboratory developed a tribunal that is entirely online – the first of its kind in Canada – and that favours the negotiation and mediation of the conflicts of co-owners before approaching an adjudicator for a decision.     As noted by Professor Karim Benyekhlef, Director of the Cyberjustice Laboratory, “this collaboration between a university and a public organism demonstrates that innovation pays.  It also proves that the online resolution of conflicts is a winning solution to facilitate access to justice for a multitude of low-intensity conflicts, like co-ownership, consumer, rental, social services, etc..” The Cyberjustice Laboratory is thrilled to have contributed to the resolution of numerous co-ownership conflicts in Ontario since the CAT platform was launched on November 1, 2017.  Their partnership with the CAT will be prolonged for another year, throughout which they aim to equip the platform with additional functions.  This success is encouraging and foreshadows the future adoption of PARLe by other administrative tribunals in Quebec, Canada and abroad.   To know more: info@cyberjustice.ca